1650 – Kazimieras Simonavičius, born in the Great Duchy of Lithuania, a general of artillery, gunsmith, and pioneer of rocketry, in his book Artis Magnae Artilleriae pars prima proposed the idea of multi-stage rockets.

1753 – one of the oldest astronomical observatories in Europe was founded at Vilnius University. The rector of Vilnius University, Martynas Počobutas (1728–1810), became a famous astronomer and a member of the Royal Academy of Science in London. George Sabler and Matvei Gusev pioneered astrophysics research (1861) at the Vilnius observatory and installed the world’s first photographic solar patrol (1868–1876).
1851 – Aleksandras Griškevičius published the book “Parolot zmudzina” (“Samogitian Steam-flyer”) describing an aerostat and a steam-powered flying machine.
1919 – the Kaunas Aviation Plant was founded. In 1922 the first Lithuanian aircraft, the DOBI-1, designed by Jurgis Dobkevičius, performed a test flight.

1927- the Lithuanian Aero Club was established and began to develop civil aviation. Gliding started to gain popularity in Lithuania in 1931 and several original gliders were designed by Bronius Oškinis.

1933 – the aviators Steponas Darius and Stasys Girėnas crossed the Atlantic, flying for 37 hours and covering 6400 km in their plane, the Lituanica. Their flight in bad weather conditions and without radio, autopilot and parachutes was an outstanding achievement of that time.

Antanas Gustaitis designed a series of airplanes under a name ANBO. 1934 – three ANBO-4 performed a well-known flight around Europe, covering a total of 10,000 km. By World War II, Lithuanian constructors had built 100 aircraft, 70 of which were of Lithuanian design. 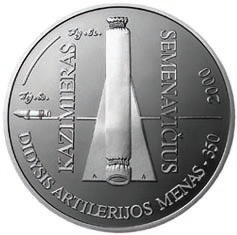